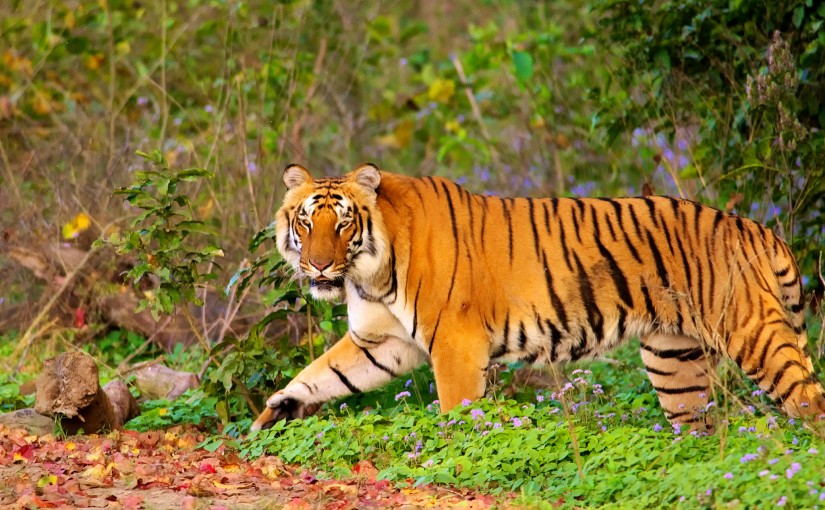 News Update, 17 Apr 2020: On one side where the lockdown is imposed due to Corona virus infection in the country, on the other side the possibility of infiltration of poachers in the forests has increased. In this situation, 500 police forces have been deployed in the Satpura Tiger Reserve for the protection of wildlife. The possibility of infiltration of poachers has increased by taking advantage of the lockdown in the Satpura Tiger Reserve, which is called the tiger’s abode in Madhya Pradesh.

Lockdown is underway due to Corona virus in the country. In such a situation, roads are deserted, from cities to villages, everyone is locked in houses. In such situation of curfew, there may be infiltration of poachers in Satpura Tiger Reserve extending from Hoshangabad to Betul Chhindwara borders.  Here the number of tigers is said to be more than 50. Apart from this, there are a large number of wildlife species including leopards, chital, reindeer, deer, nilgai. A special campaign is being launched to protect these wild animals.

Wildlife authorities across India have been asked other national parks such as Jim Corbett National Park, Ranthambore National Park, Kaziranga National Park and Gir National Park to remain on high alert, check for any symptom among animals, and reduce human interaction with them.

500 jawans remain stationed for 24 hours, elephants are also on patrol

Apart from 22 check posts in the forest, several temporary camps have also been built.  Around 500 forces deployed in these camps and remain on duty for 24 hours. Four elephants are also given to these security personnel equipped with double barrel guns and revolvers. Through these elephants, the patrol is monitoring the inaccessible areas.

Ration is being delivered in the forest

According to Anil Shukla Deputy Director Satpura Tiger Reserve Hoshangabad, ration is being supplied in the forest for the food of the security personnel deployed in the forest. National park management is continuously taking action to send ration to the jungle camps. They say that there is a possibility of infiltration of poachers in the forest, so 500 soldiers have been deployed in security.