Wildlife tourism is picking great momentum in Jim Corbett National Park with the number of tourists visiting the park has reached record level this season.  Samir Sinha, Director Corbett National Park quoted that  in 2014-15, the park was visited by 2, 45,873 tourists which is a 16 percent increase from 2013-14, when 2.11 lakh visitors came here. 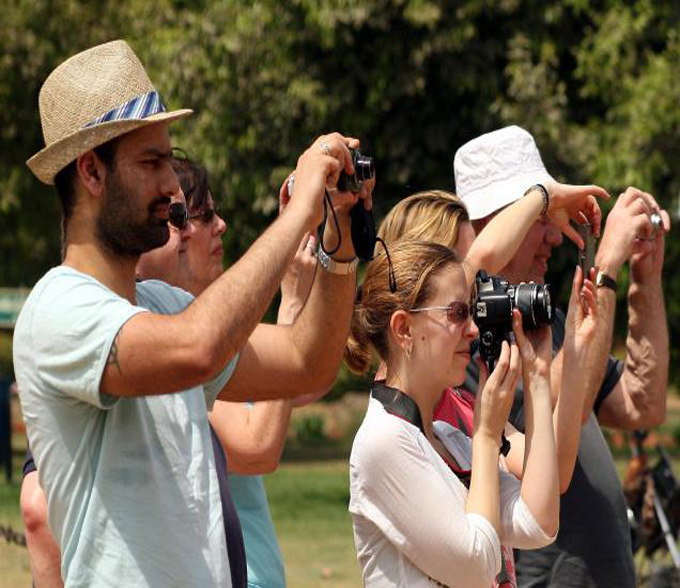 As the pride of Corbett Forests is the Royal Bengal Tiger and these wild tracts are home to thousand other species of flora and fauna. This sudden increase in footfalls witnesses the subtle glimpses of majestic animals. Moreover, this has left the good impact in the treasury of the park. Increase in the revenue of the park generated this year over Rs. 8.28 Crore, up from Rs. 7.48 Crore in 2013-14. National as well as international tourists have shown keen interest in tourism of the park, statistics recorded this season says. There is an 18 percent of hike in the foreign tourists. Online booking facility has raised the attraction of the tourists towards the park, says one of the Corbett official. Park authority hoped that by next year the revenue may go up to ten crore. Five thousands three hundred fifty-two foreign tourists visited the park last year, while this year the figure has reached over six thousand. Newly opened eco-tourism zone Dhela received 15 thousand travelers in short span of six months, added the director of the park.</>

Located in the Nainital district of Uttarakhand, Corbett National Park is the most-visited park in India. Declared a Tiger Reserve in 1973, Corbett now has 214 tigers according to a 2014 report by National Tiger Conservation Authority. Apart from the Royal Bengal Tiger, you may spot leopards, barking deer, hog deer, sambar and Asiatic elephants. With an astonishing 617 species of residents and migratory birds, the park is heaven for birdwatchers. The fast flowing Ramganga River is home to muggers and gharials.