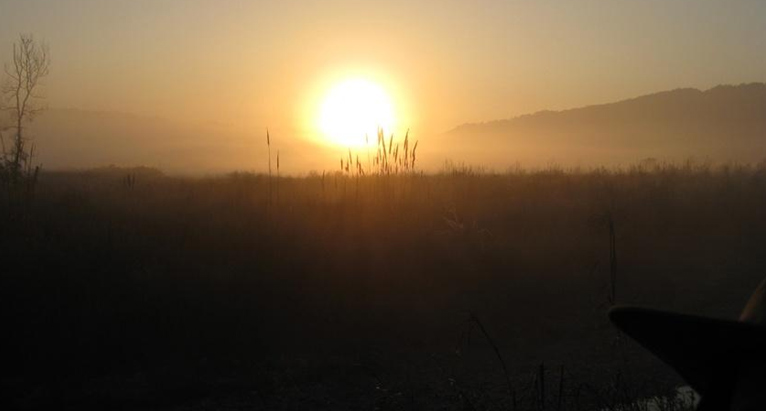 Tourist Attractions in and Around the Corbett National Park

Suspension Bridge:
Around 150-years old suspension bridge, also known as the Jhula Pul, is one of the prime tourist attractions near the Dhikuli village of Ramnagar. Located in the vicinity of the Corbett National Park, this bridge has been built over the Kosi River nearby the famous Garjiya Temple. It is adventurous to hang around on this hanging iron bridge and let your eyes feast on the serene, picturesque and mesmerizing views around. The birds chirping and the gushing sound of water in Kosi River are making a divine ambiance here. And, having some adventurous fun in such an enchanting place will really be an awesome experience. Yes, here you can take part in adventurous activities like river crossing and rappelling. The frog-shaped rock in the river below is a good attraction. If you are in Dhikuli, don’t miss to be on this old bridge.

Note: The Bridge is very old approx 150 yrs old and also broken in a few places, so stride carefully.

Kosi River: A river in the mountain region doesn’t need any description of how beautiful it will be. So, the same goes with the Kosi River, a shallow small river with crystal clear gushing water, clean rocky waterbed and dense green surroundings. Spending some of your time at the riverbed sitting on the rocks dipping your legs in the cold transparent water and observing the breathtaking view of the lush nature will fill you with astounding liveliness and calmness together. There are many resorts have been situated on the one bank while the periphery of the Jungle starts from the other bank. It is a nice place to chill out with your family. Also, few of the resorts offer the facility of having the breakfast or dinner along the riverbed.

Elephant Safari: There is an elephant safari point from where you can take the ride on the elephant and tour the forest reserve area. You can have the amazing experience of crossing the Kosi River, sitting on the back of the elephant to reach the Garjiya Devi temple.

Garjiya Devi Temple: The Garjiya Devi Temple, which is situated on the giant rock amidst the Kosi River, is the most famous shrine of Devi Shakti with the name of Garjiya Devi deity. The temple is one of the most famous temples in Nainital district attracting the thousands of devotees during the festivities of Kartik Poornima. Tourists visiting the Corbett National Park used to visit this temple as it is located in the vicinity of the forest. Apart from the monsoon season when the water level in Kosi River is at an all-time high, tourists can visit this temple all round the year and take the blessing the Devi Maa.

Seeta Bani Temple: The Seeta Bani Temple is dedicated to the Goddess Sita, the wife of Lord Rama. According to the one legend, it is here she entered into the lap of Mother Earth and another legend says she raised both her son Luv and Kush at this place. However, a festival is held here during the Ramanavami every year. This ancient temple is located in the Seeta Bani forest and a protected monument under the ASI. This place is having a peaceful and divine ambiance around with the surroundings of the wild forest. This is the last place can be visited outside the tiger reserve as a landscape safari. A water stream flowing nearby enhances the natural beauty and serenity of this place.

Ancient Shiva Temple: This amazing ancient temple is located on the lower side of the hill around 400 meters inside the Corbett national park from the road dividing the Bijrani zone of the park and the Dhikuli village. Dedicated to Lord Shiva, this temple has been taken by the ASI as a protected monument. However, due to some reconstruction work in the temple, it has lost its ancient look, but, now the Archaeological department is restoring this temple along with the other ancient ruins beside the temple, which are said to belong to the 9th to 13th century AD. According to the ASI, the remains of an ancient capital of the old kingdom of Govisana named Vairatpattana are scattered deep in the thick reserve forest of Corbett, which are not easily accessible now. The stone temple has its own ancient charm amidst the thick forest away from the village.

Corbett Water Falls: Located around the 25 km from the Ramnagar city, the Corbett Waterfall is an astounding place amidst the unscathed green foliage. If you are in Corbett area, then you should visit here to take a dip in the fresh water to revitalize your senses.

Devbhoomi Outdoor Adventure: The Devbhoomi Outdoor Adventure park is located in the Dhikuli area on the highway to Ranikhet near the Corbett National Park. This adventure park has everything that will give you an adrenaline rush, no matter which age group you belong to. A variety of adventurous activities categorically for child and adults are available here to keep individual or groups hang on. With having the high-end equipment and gadgets to ensure complete safety, the adventure activities are conducted and monitored by the trained professionals so that enthusiasts embark on their adventure activity trips without any hassle and fear. The activities offered by this park consist of Wall Climbing, Wall Rappelling, Zip Line, Commando & Tyre Net, Water Roller, Pressure Rocket, Lawn Zorb, Pressure Rocket, Water Zorb, Burma Bridge, PLand, Zig-Zag Bridge, boating for kids and many others. You can give your fear a break here by confronting the daring challenges.

Corbett Museum: The Corbett Museum was once the home to the legendary hunter Jim Corbett, who later became the world renowned conservationist and played a key role in the establishment of Corbett National Park. It is located at Kaladungi, which is around 32 km from the Ramnagar city. It is a heritage bungalow turned into a museum showcasing the memorabilia of the legendary hunter which includes personal belongings, letters, achievements, antiques and rare photographs.

Dhangarhi Museum: Located near the Dhangarhi gate of Corbett National Park, the Dhangarhi Museum is situated to provide the knowledge about the vast landscape and various wildlife species of the Corbett Park. The museum also spreads the awareness about the need for wildlife conservation and their impact on the ecology of the area. There are souvenir shops within the museum premises from where you can buy the wildlife books and journals, colorful handicrafts, wood crafts, caps, hats and many other wildlife souvenirs.