Is the tiger-human conflict going to increase in Jim Corbett?

Why you should read this article? 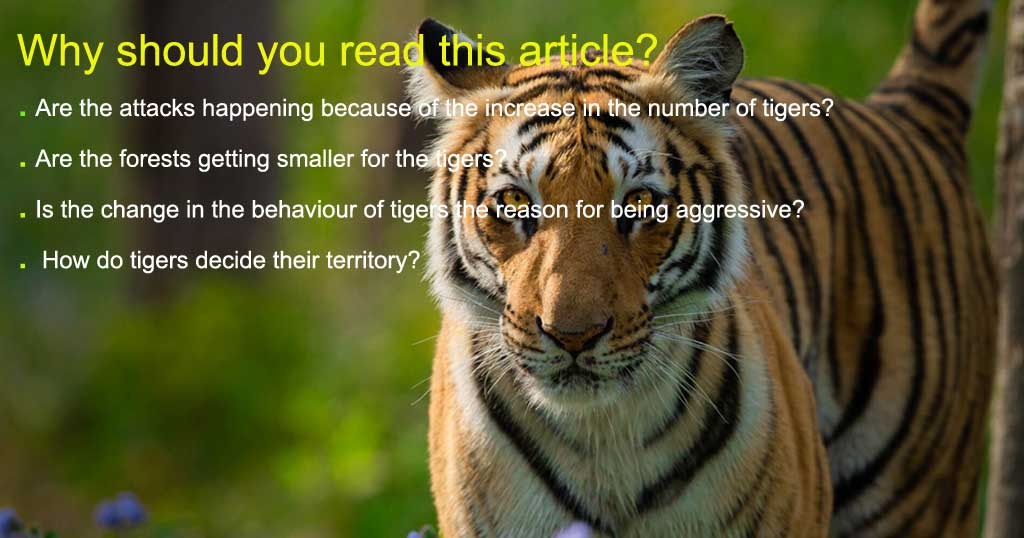 News Update: In the recent days tiger attacks are happening in the areas adjacent to the Jim Corbett National Park which is spread over an area of across 1288 square kilometers in Uttarakhand state. This is also a matter of concern for the forest officials. What is the reason for the increase in tiger aggression here? Recent tiger attacks were reported which has raised the concerns about this. Experts are also linking the increasing attacks to the increase in tiger numbers. While some others see it as changing behaviour of tigers. Some other experts suggest that there is a need for deep research on this to know the reason. They say that the tiger is a very shy animal, why it is forced to attack people on the National Highway in this way. Research is necessary to trace the exact reason.

On Saturday, a tiger abducted a young man from the National Highway on the Panod drain of Mohan in Ramnagar, adjacent to Jim Corbett Park area. While two of his companions narrowly escaped. All three youths were drinking on the highway on the edge of the forest. The youth’s clothes and mobile etc. were recovered by the forest personnel. Several incidents of tiger attack have come to the fore on this highway passing between Corbett Tiger Reserve and Ramnagar Forest Division. The tiger has been attacking people for a long time in the one and a half kilometer stretch between Mohan and Panod drain on this highway.

Report 02: One More Incident in the Month of December

On December 17 also, the tiger attacked and killed an ex-serviceman. Since then the Forest Department is active. Even on Saturday at five o’clock the forest workers came near the Garija police post to stop the bike riders from going in the dark. Police said that the three youths might have gone towards Panod during the day itself.

On December 12 also, a tiger attacked and killed a man in Dhangarhi. The tiger dragged the dead body into the forest. During the investigation in the forest, after 15 hours, his half-eaten body was recovered from the forest, 100 meters below the highway. The deceased was said to be mentally unsound.

Now the Question Arises: Is the change in the behavior of tigers the reason for being aggressive?

Now the question is why have tigers become aggressive like this? When a question was raised in the Uttarakhand Legislative Assembly during the winter session, in response to the data given by the state government, it was told that the number of people killed in tiger attacks in the state this year was more than last year. In the year 2021, tigers killed only 2 people. Whereas in this year so far 13 people have been killed by tigers. Although leopards are the most active in human-wildlife conflict in Uttarakhand, tiger attacks have also increased rapidly in the meantime.

Facts: Uttarakhand is known for Tigers

The presence of 340 tigers was recorded in Uttarakhand in 2014, but in 2019 this figure reached 442. Maximum 250 tigers were found in Corbett National Park. Tigers have been counted again in the year 2022, but this figure has not been released yet.

According to the forest officials, the powerful tigers drive the weak tigers out of their territory and the weak tigers are forced to come to the outer area, these tigers become the attackers on the human population. Studies done in the country and other parts of the world show that the area of a tiger is at least 20 kilometers, but in the past, the cases of tigers living near Fatehpur range and Corbett are startling. It has been seen that in the past few years, many changes are taking place in the behavior of tigers in Jim Corbett and other forest divisions adjacent to it. Forest officials are also surprised by this. In the month of July, a tigress and two cubs in Corbett’s Sarpaduli and other ranges had made several people’s pets their prey.

How do tigers decide their territory?

In the case of the tiger, it is believed that the cubs separate from their families and divide their territory as soon as they are two years old. But even after the age of these cubs was more than two and a half years, they were living with the tigress, which was a shocking experience for the forest officials. Wildlife experts believe that in the last 15 years there have been two biggest changes in the behavior of tigers. First, the mortality rate of tiger cubs in Corbett has come down by 40 per cent. The positive side of this is that if a tigress is giving birth to three cubs, then all three cubs are able to survive in the conditions of the jungle. This also indicates that the area of the forest is becoming smaller for tigers due to the increase in the number of tigers in Corbett.

The second change observed is that the cubs stay with their mother for about a year. Earlier the male cubs were two years old, while the female cubs used to separate from the family as soon as they were two and a half years old and divide their territory. Experts say that the tiger determines its territory by urinating. The smell of urine is so strong that any tiger coming to that area gets an idea that it is the territory of another tiger.

Apart from this, to determine its boundary, the tiger also marks its territory by marking its nails on the trees. It has been seen many times that when one tiger tries to enter the other’s territory, it leads to a conflict between the two tigers, in which many times one tiger has to lose his life. The increase in the number of tigers also increases the possibility of conflict between tigers and their conflict with humans. In such a situation, the park administration has to see and manage how many tigers can live comfortably in which area. According to forest department officials and local wildlife experts, there could be more than 300 tigers in this entire area. According to forest officials, around 38 tigers were recorded in Ramnagar Forest Division. Right now their number can be between 40 to 42.