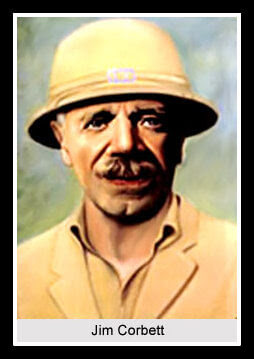 Know All About the Legendary Jim Corbett on his Birth Anniversary

If you are a wildlife enthusiast then you must have visited the Jim Corbett National Park in India or at least you may have heard about this oldest tiger reserve of Asia. This is the first forest which is designated as the National Park and Tiger Reserve in India. This park is named after the legendary Jim Corbett, a hunter turned naturalist and conservationist. The life and work of this legendary man are all about nature and wildlife. His passion for animals had inspired him to work as a wildlife conservationist. Jim Corbett was an army officer of the Colonel rank in the British-Indian Army and later he turned as a nature conservationist, wildlife lover, and a revered author. Due to his work as a nature activist, the oldest national park of India is named after him. However, this famous wildlife lover was not a nature conservationist earlier, but a very famous hunter in India and abroad. His 135th birth anniversary was on 25th July 2017 and we will know more about this legendary man on his birth anniversary.

The British-Indian Army officer, James Edward Corbett was an Indian, born in Nainital to Christopher William Corbett and Mary Jane. Since his childhood, he has a deep fascination for the forests and wildlife, and due to his interest in wildlife, he became a good tracker and hunter with time. Due to his amazing skill of tracking and hunting, he was often sought after by the then government of the united province to track and kill the tiger and leopard who becomes a man-eater. Even though he was the skilled hunter, he never killed any wild animal other than man-eaters.

After many years as a celebrated hunter, he then developed a hobby of wildlife photography, especially, recording films of tigers in their natural habitat. He also used to give lectures on the rich natural heritage of India and the importance of the conservation of forests and wildlife to the school students. He also penned his experience as a hunter and written many books on wildlife and hunting experiences. His most famous book was Man-Eaters of Kumaon that intensely portrayed his own hunting adventures. Many movies, TV episodes and documentaries have been made that are based on this critically acclaimed book.

Later in his life, Jim Corbett started a movement to conserve the wild animals and forests. He strongly supported the All-India Conference for the Preservation of Wildlife and promoted the foundation of the Association for the Preservation of Game in the United Provinces. He also used his influence over the provincial government and lead the path that cleared the establishment of the first national park in India, the Hailey National Park, named after the Lord Malcolm Hailey in 1930s. The name later changed to the Jim Corbett National Park after the independence of India in 1957 in the honor of the legendary Jim Corbett.

After the Independence of India, Jim Corbett and his sister left for Kenya in November 1947 after selling their home in Kumaon which later converted into the Jim Corbett Museum. This museum is the tourist attraction near the Jim Corbett National Park and attracts a large number of tourists every day. To honor this legendary hunter turned wildlife conservationist, one of the five remaining tiger subspecies was named as Panthera Tigris Corbetti.