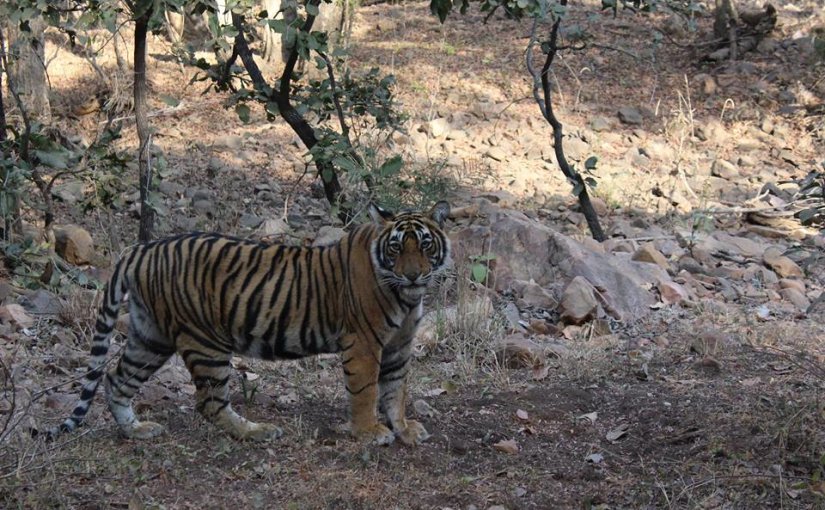 The Tiger that killed two People in Corbett Succumbed to Injuries

As per the officials of the Corbett National Park, the tiger that killed two people on Thursday in the forest near Ramnagar and captured after the long rescue operation died due to the Septicaemia and Asphyxiation. During the rescue operation yesterday, the 8-year old tiger had suffered injuries and finally succumbed the same night.

Yesterday, forest officials had somehow managed to capture the tiger in a cage with the help of the tranquilizers and a JCB machine after a long rescue operation which went on around 9 hours.

The tiger, known as T-28 by the officials, had killed a woman after dragging her in the forest when she had gone to pick some firewood in the forest near the Corbett National Park and her father-in-law also met with the same fate when he came to rescue her after hearing her scream.

And, after the incident, forest officials trapped and caught the tiger. But the tiger got some serious injuries during the capturing process and lost one of its canine teeth, which results in bleeding and that leads to septicemia and finally choked to death.

According to the divisional forest officer (Terai), Kahkashan Naseem, When the tiger jumped on the JCB machine, its canine teeth broke down which results in bleeding and lost a lot of blood. Along with this, T-28 also had some past injuries on its forelimbs and had maggots. The animal died due to septicaemia and chocking.

The tiger, T-28, must have had struggles with other tigers due to which its forelimbs were injured severely as the presence of the 5 tigers and one tigress within the range of 5 sq km area was reported earlier.

“T-28” might have attacked the two victims after being enraged over their presence in the mating season of tigers. The area has a high density of big cats that resulted in tiger deaths in the past due to mating and territory related issues,” said the conservator, western division (Terai), Parag Madhukar Dhakate.