Wildlife safari in the dense forest of any National Park of India will be a fulfilling experience on its own. The tranquility to immerse in, the pure air to breathe, mesmerizing beauty of the forest landscape and the closeness to the raw Nature, everything is so captivating and refreshing to mind that wildlife trip will be a memorable journey of life. If you have not been to any forest trip or have not taken any wildlife safari in any of the National Parks, then you are missing the most adventurous activity which will bring you closer to the marvels of Nature.

The Ranthambore National Park and the Corbett National Park both are the prominent and famous tiger reserve in India and thousands of wildlife-loving tourists visit the park primarily for the tiger sighting along with the other wildlife sighting. For a clearer understanding of both the park, here I will give you the brief information. Both the parks are located at around 6 hours drive from Delhi. In this blog, you will know the pros and cons of both the park and then you will decide yourself which one is better for the wildlife safari according to your interest. The forest of the Corbett National Park known for its mesmerizing beauty due to the dense greenery enveloped the entire forest with the evergreen Sal trees and around 110 other species of flora cover around 73 percent of the forest area along with 10 percent of the grassland. If you prefer a breathtaking Nature view, then the Corbett forest is the place you should visit. It will give you the true Jungle feeling with the thick green forest, various river channels, hilly terrain and absolute tranquility along with a large number of the wild animals and avifauna to view. 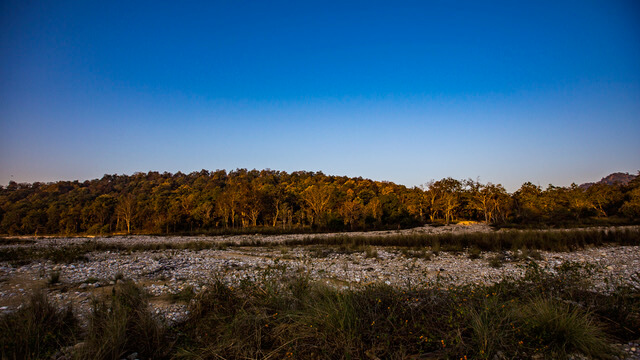 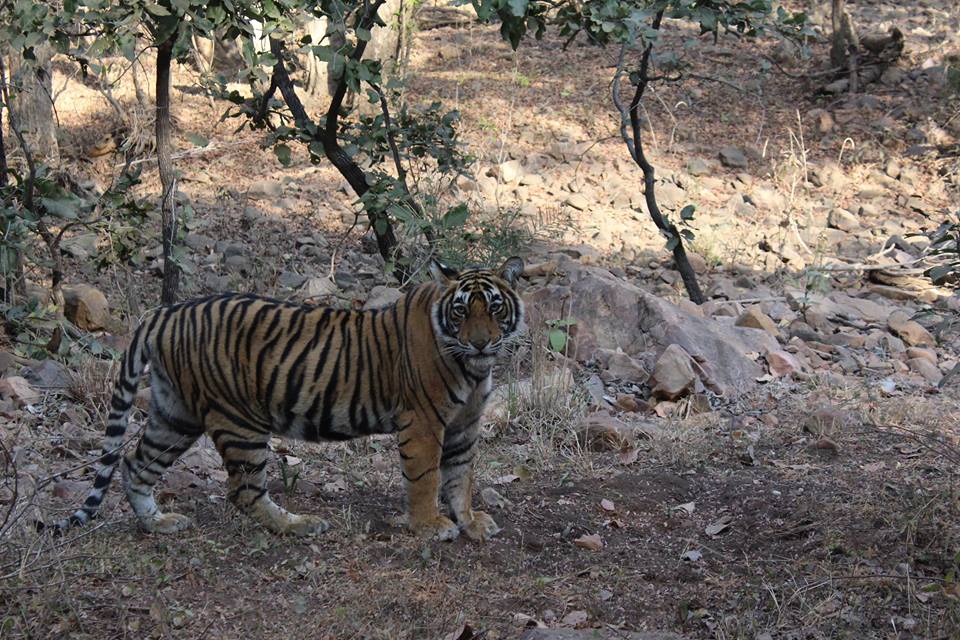 Without a doubt, the Ranthambore National Park is the most famous tiger reserve in the world due to the few of the celebrated tigers of the park such as legendary Machli, Noor, Arrowhead, etc. The tigers of this park have been much photographed and video recorded wild animal in India in various wildlife journals, documentaries, movies and wildlife TV series of NAT Geo, Discovery, Animal Planet, etc. However, the park has not so dense vegetation and is the dry deciduous forest with small shrubby trees, dusty tracks, dry and pebbly land, lakes and ravines.

The Ranthambore National Park is not for the tourists who are looking for the dense forest with rivers and lush greenery everywhere. But, the park is considered best for the tiger sighting due to the scanty vegetation. One can spot the tiger even from very far without any hindrance using the binocular. The park is lacking the elephants as its fauna so the prime wild animals of the park are the tiger, bear, leopard, jackals, species of deer, nilgai, langur, monkeys, etc. You can get the best view of the exotic birds around the lakes and valleys. The Ranthambore Fort inside the park enhances the historic value of the park.

With the above pros and cons of both the park, you can easily decide which park is more suitable according to your interests. No matter which National Park you choose, but you must visit any of the National Parks to view the real forest and the real wildlife in their natural habitat. Both the National Parks are among the most famous wildlife destinations in India so it is always tough to get the safari on the spot. So, it is always best if you make the Ranthambore Safari booking or the Corbett Safari booking in advance before you actually visit to avoid any kind of hassle on the spot. So, make a wildlife tour plan for these forests and enjoy the wildlife at its best.