Jim Corbett National Park: The Most Striking Place in India 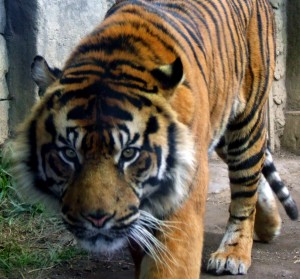 A little bit luck is needed for tiger sighting, as the more than 220 or so tigers in the reserve are neither baited nor tracked. Wildlife experts suggest the best chance of spotting one is late in the season that through April to mid June, when the forest cover is low and animals come out in this season in search of water.

It is a bitter fact that few serious wildlife enthusiasts may leave disappointed, although Corbett is known for its healthy tiger territory. As the Corbett total extent is 1318 square km and home to a variety of wildlife and birdlife in grassland, dense sal forests and aquatic habitats, and a beautiful location in the foothills of the Himalaya on the river Ramganga. Apart from Royal Bengal Tiger other commonly seen wildlife include wild elephants, sloth bears, langur monkeys, rhesus macaques, peacocks, spotted deer, Sambars, hog deer and barking deer. The long stretch of Ramganga river attracts large number of migrating birds, especially from mid- December to the end of the March. More than 600 species have been spotted here.